Checking on your phone during sex 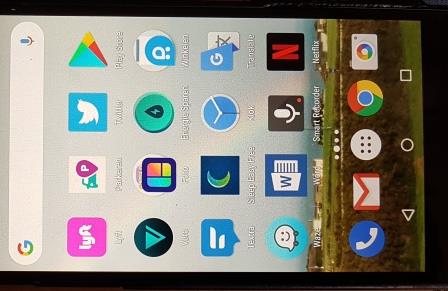 Recent research by a dutch discount website shows that 10 percent of the people who responded,  admit that they look at their phone while making love. Amongst young people this is almost twice as much. One in six people say they sometimes check the phone during sex.

The survey was conducted among 1100 respondents. Of the 10 percent who check their phone during sex, 43 percent say that this is not a one time occassion. "I run my own business and I want to be available to my clients at all times. Yes, so also during sex'', according to one anonymous interviewee. Of the young people between the ages of 18 and 35, about 17 percent check the phone while having sex. That's almost twice as much as the over-35s do. Almost 75 percent of the participants sleep with their mobile phones near their beds. This part is more inclined to say that they are not happy.
The phone is not only picked up during sex, 22 percent of the participants also manage to use the phone in the shower.
The toilet is also not phone proof: 69 percent of the respondents use the phone in the toilet, of which 59 percent honestly admit to doing so on a daily basis.
Every day, the E-kortingscode collects the best promotions, discounts and discount codes from more than 4,600 Dutch webshops. The deals are free to use.